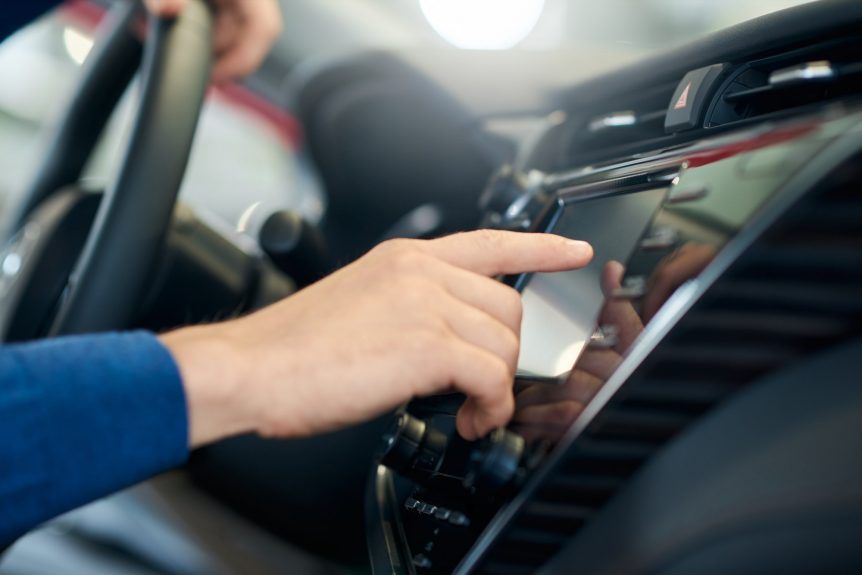 What Does ACC Do?

ACC is an optional cruise control system for vehicles that automatically adjusts your vehicle’s speed to maintain a safe distance between you and the vehicle ahead. ACC does not use satellites, roadside sensors  or signals from other vehicles, the control signals are changed based on sensor information from the car’s on-board sensors only.

Systems use either a radar or laser sensor setup allowing the vehicle to slow when approaching another vehicle ahead and accelerate again to the preset speed when traffic allows. ACC technology is widely regarded as a key component of any future generations of driver-less cars. The impact is both on driver safety and on making best use of the roads by adjusting the distance between vehicles according to the conditions. This then leads to fewer traffic jams.

How Does Active Cruise Control Work?

If we take the VW ACC system as an example, they have a radar based system that they describe as their “radar-controlled Front Assist traffic monitoring system”. The radars mounted on the front of the car, look forward and judge both the distance of the car in front and the relative speeds of both this car and the one you are in.

You set the speed range you want to travel at and a distance of up to 200m ahead is monitored by the car’s on board computer. If the car ahead slows or someone cuts in front of you, the car will be slowed down and depending on how severe the braking required is, you may also receive sound and visual alarms to alert you to the danger.

Ultimately the system may bring you to a stop as it is trying to achieve two main tasks, safe driving in moving traffic and safely stopping any chance of a collision. These systems do not create fully “driver-less” cars however and are intended to help the driver, not replace them. They are perhaps best suited to long motorway drives rather than short hops to the shops.

Generally you shouldn’t need to do any maintenance on your ACC system, it is factory set and shouldn’t be adjusted by anyone other than a fully trained technician. As you can imagine active cruise control calibration requires specialist equipment that can calibrate radar and/or laser sensing of distances and speed and must be accurate to ensure safety.

We specialise in repairing and recalibrating ACC systems for all makes and models of cars for bodyshops and auto repair centres across the North West. Please give us a call fro prices and information on the services we offer.

This site uses Akismet to reduce spam. Learn how your comment data is processed.